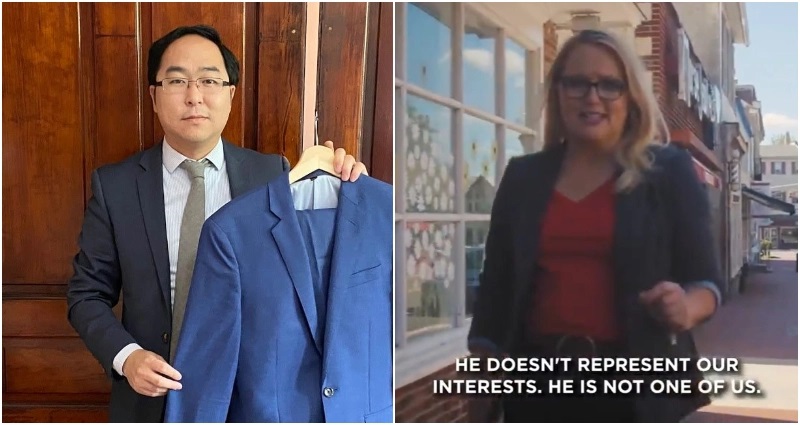 Rep. Andy Kim (D-N.J.) has called out Republican challenger Tricia Flanagan for stating that he is “not one of us” — words he says he and his immigrant parents have heard all throughout their lives as Asian Americans.

Flanagan’s claims: Flanagan’s statement comes in a new campaign video to unseat Kim as representative of New Jersey’s third congressional district, a constituency that covers 53 municipalities in Burlington and Ocean Counties. In her ad, she describes Kim as “weak” and someone who “does whatever his overlords tell him to do.”

It’s time to take the Speaker’s gavel out of Nancy Pelosi’s tyrannical hands for good.

Help me fight for YOUR freedom and take OUR country back ➡️ https://t.co/qAZI3T0ZgS pic.twitter.com/ls0ch6wzPQ

Kim’s response: Kim called out Flanagan for her campaign remarks in a Twitter thread on Tuesday. He demanded that she stop saying “he is not one of us,” which he says disrespects him and many Asian Americans.

There’s a long way to go until November of next year. Maybe you’ll be the nominee. Maybe we’ll get to debate. Let’s focus on what matters. This is a job about service, it’s a job about community, and it’s a job that requires empathy. Let’s act accordingly. (END)

Reactions: Kim’s response has drawn support from social media users. Many constituents said they are proud to have him as their representative.

The Democrat dog whistle reign of twisting language & defamatory accusations is OVER.

Ocean County in #NJ CD3 is a +23R District—one of the Reddest parts of the State.

That’s why Andy Kim is attacking me.

You only draw fire when you’re over the target.

The post NJ Congressman Andy Kim calls out GOP challenger for saying he’s ‘not one of us’ appeared first on nextshark.com.